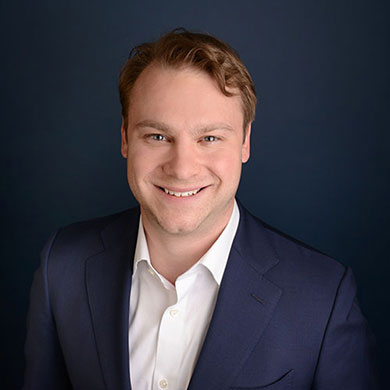 Will represents individuals and companies nationwide across a diverse set of industries, including: entertainment, medical device, agribusiness, manufacturing, crypto blockchain and Web3 technologies, and financial services. He has significant experience managing complex intellectual property matters through trial. He has directed several complex patent, copyright, and trademark matters to favorable resolution, providing strategic guidance at every step along the way — from acquisition through enforcement.

Will brings an old school service mentality to his cutting-edge practice, working closely with clients to identify, develop, and implement business-driven intellectual property strategies — to 'see around the corner'.

Will’s approach to practice has been lauded by his peers. He has been recognized as a “Top Trademark Professional” by World Trademark Review, who cite his peers as saying he is an “excellent litigator, known for his attention to detail and powerful argument skills and also for his commitment to civility and commonsense.” He has been recognized as a Super Lawyers “rising star” every year since he has been eligible for the recognition. Will provides strategic guidance across the intellectual property landscape, recently providing counsel on a first-of-its-kind Name, Image, and Likeness deal.

Will has represented and advised clients in a wide variety of areas, including: