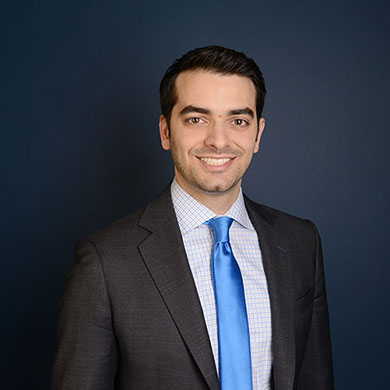 Rajin Singh Olson is a registered Patent Attorney with the U.S. Patent and Trademark Office who advises and represents clients on patent, trademark, and trade secret matters. Rajin has worked with teams of experienced lawyers to litigate complex technology disputes both against and on behalf of some of the largest companies in the world. He has experience with matters involving a variety of technologies, including mobile communications, IT network management, video streaming, and powder coating. Rajin’s primary goal is collaboratively achieving optimal business solutions for his clients—whether that means resolving disputes outside formal judicial processes, litigating a case all the way through trial and beyond, or anything in between.

Rajin has always sought to bring unique perspectives and creative solutions to his clients. Coming from a multicultural background, Rajin understands the value of broad-based, diverse experiences, and he thrives on constant learning. In college, he pursued a wide body of knowledge in multiple subjects, earning majors in Civil Engineering, Spanish, and International Studies. Rajin draws upon both his technical acumen and creative skill set to harmoniously serve clients’ legal needs.

Rajin also maintains a pro bono immigration litigation practice in collaboration with the Center for New Americans at the University of Minnesota Law School, focusing largely on immigration detainee rights and relief. He is proud to serve the community as a Board Member for Agate Housing and Services, a Minneapolis non-profit that holistically treats and prevents homelessness.