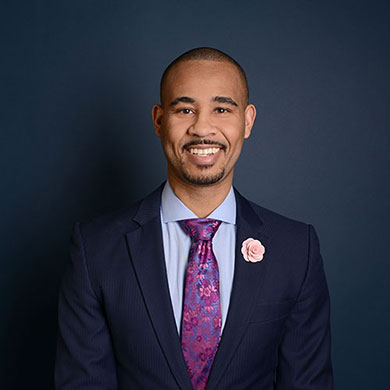 For almost fifteen years, Brandon Vaughn has dedicated his law practice to advocating for individuals and families who have been injured by others. As a partner and trial lawyer in the Medical Malpractice and Personal Injury Group at Robins Kaplan LLP, he is committed to understanding the challenges clients face while helping them secure compensation for their losses.

Brandon views his position as an attorney as much more than a job. To him, it is a calling. It’s about justice.

Brandon’s call to the fight for justice began early in his life. As part of a family of lawyers, he grew up with a passion for protecting the interests of people who are underrepresented, and those who feel voiceless in the legal system, especially people of color. He also deeply relates to the pain and frustration of losing a loved one, having lost a parent where family members questioned whether the medical care was appropriate.

Brandon possesses an advanced understanding of how the legal system works, and he also understands what resources are needed to “make it a fair fight” for his clients. Challenging massive insurance companies, healthcare systems, and large corporations with legions of lawyers requires a law firm that is equal to the task. Brandon’s clients benefit from the vast resources of a powerful law firm comprised of 200+ plus lawyers.

Compared to much smaller firms without the same resources, Brandon utilizes internal teams of investigative professionals with years of experience. These teams include investigators with law enforcement training, medical analysts with nursing backgrounds, and researchers that provide attorneys at Robins Kaplan with a deeper analysis of the circumstances surrounding claims. Brandon’s clients benefit from the advantages of this advanced investigative knowledge.

Hard-working and compassionate, Brandon helps clients in a variety of situations. He frequently handles medical malpractice cases involving failure to timely diagnose cancer, failure to timely diagnose stroke, failure to provide appropriate care in nursing homes and group homes, and cases involving injuries to children after birth leading to cerebral palsy. He is currently handling a case involving the wrongful death of a college athlete as a result of an alleged hazing in a national sorority.  Brandon also has several active personal injury cases involving individuals injured and killed in car crashes.

Brandon’s advocacy in challenging, complex cases earned him recognition from several professional organizations. In 2022, he was named a “Most Influential Black Lawyer” by Savoy Magazine and included in Lawdragon’s “500 Leading Plaintiff Consumer Lawyers in America” guide. Brandon has also been listed in The Best Lawyers in America since 2021.

In addition to his medical malpractice and personal injury practice, Brandon has provided pro bono representation to clients in the areas of family law and immigration law. Brandon has been regularly named a “North Star Lawyer” by the Minnesota State Bar Association, which recognizes attorneys who provide at least 50 hours of pro bono legal service in a single year.

Outside of his legal practice, Brandon spends his spare time mentoring youth in the Twin Cities and playing a wide variety of sports including softball, tennis, basketball, and golf.