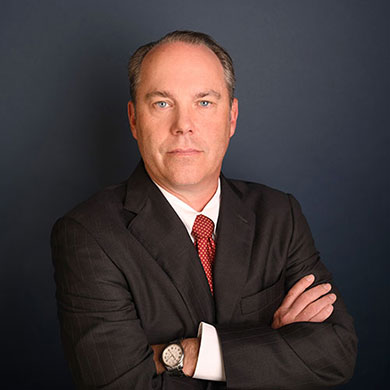 Former United States Attorney for the District of North Dakota Tim Purdon has made his career leading complex criminal investigations and high stakes civil litigation from both the plaintiff and defense counsel’s table. His path has uniquely positioned him to rewrite the odds for American Indian Tribes embroiled in complex historic disputes, businesses facing “bet-the-company” litigation in North Dakota, and for real people caught up in “once-in-a-lifetime” lawsuits with powerful interests.

Tim has a twenty-five year track record in private practice and in public service as a passionate champion for his clients and as an incisive strategic thinker. The essence of who Tim is as a lawyer was captured in 2011 by the editorial page of his hometown newspaper, the Bismarck Tribune. Reflecting on Tim’s relentless fight as U.S. Attorney for increased public safety in Indian Country, they wrote that Tim’s efforts “confirmed Purdon's passion and seriousness about trying to make a difference for those less fortunate, for the voices of so many that have been muted for years.” Tim’s commitment to Tribes continues, and his work for Tribes and Tribal members has been recognized by Chambers, Best Lawyers in America, and Indian Country Business Today.

Prior to joining Robins Kaplan LLP, Tim served as North Dakota’s U.S. Attorney from 2010-2015. In that role, he was the chief federal law enforcement official in North Dakota with responsibility for prosecuting all federal crimes in North Dakota and defending the United States in civil litigation. As U.S. Attorney, Tim placed special emphasis on the issues of increasing public safety on the American Indian reservations in North Dakota and on working with law enforcement partners to counter the new threat from organized crime that emerged as a result of the oil boom in western North Dakota’s Bakken region. Prior to becoming U.S. Attorney, Tim spent 15 years representing North Dakotans - trying cases across the state, leading class actions lawsuits, and arguing complex appeals. In 2007 and 2009, Tim was named a “Great Plains Super Lawyer” in the practice area of Criminal Defense by Minnesota Law & Politics Magazine.