A recent Supreme Court decision may serve as a cautionary tale for retailers.

In May, the U.S. Supreme Court issued a decision in Apple Inc. v. Pepper, 139 S. Ct. 1514 (2019), holding that consumers of Apple’s App Store could bring suit against the tech giant for antitrust claims.  In the case, Robert Pepper and three other app consumers sued Apple, claiming that its App Store model is an unlawful monopoly through which it charges higher-than-competitive prices, in part because it imposes upon developers—who sell their inventions through Apple’s marketplace—a hefty 30 percent commission. Relying on case law from the Third and Eighth Circuits, see, e.g., Howard Hess Dental Labs. Inc. v. Dentsply Int’l, Inc., 424 F.3d 363, 372 (3d Cir. 2005); Campos v. Ticketmaster Corp., 140 F.3d 1166, 1172 (8th Cir. 1998), Apple moved to dismiss the suit based on the argument that the plaintiffs could not sue it directly because they did not constitute “direct purchasers” under the Supreme Court’s decision in Illinois Brick Co. v. Illinois, 431 U.S. 720 (1977). The district court agreed and granted the motion, but the Ninth Circuit reversed on appeal.

On writ of certiorari before the Supreme Court, Apple argued that, under the Illinois Brick case, consumers are only permitted to sue the party who sets the retail price, regardless of whether that party actually sells the good to the complaining party. And because the app developers—not Apple—set the retail price charged to consumers in the App Store, Apple claimed that a suit against it could not lie.

Not so, reasoned a 5-4 majority of the Supreme Court. In an opinion authored by Justice Kavanaugh, the Court explained that the simple fact that Apple allowed developers to set prices for the apps did not, alone, bar consumers from suing Apple directly. Illinois Brick, the Court pointed out, was “not based on an economic theory about who set the price”; rather, it “sought to ensure an effective and efficient litigation scheme in antitrust cases.” That case centered on the titular Illinois Brick Company, which manufactured and distributed concrete blocks. 431 U.S. at 726. It then sold those blocks to masonry contractors, which in turn sold masonry structures to general contractors. Id. The general contractors then sold their services for larger construction projects to the State of Illinois, the ultimate consumer that attempted to bring price-fixing claims against Illinois Brick, the manufacturer: 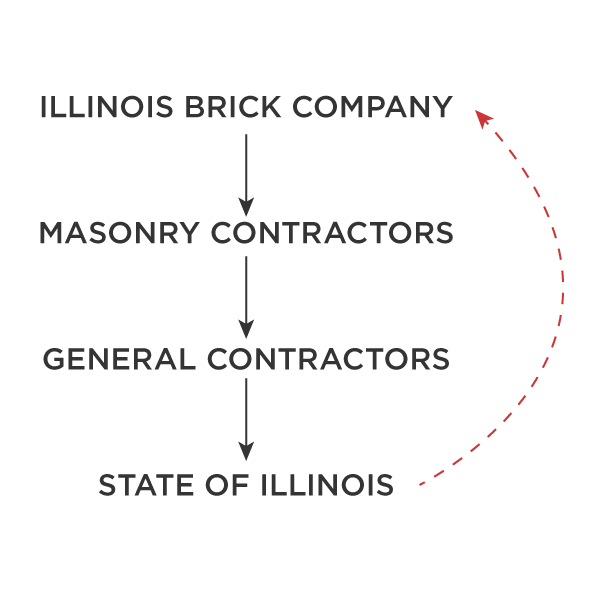 Under the chain of distribution at issue in Illinois Brick, the Supreme Court ruled that the case could not proceed because the State was an indirect purchaser that was two or more steps removed from the antitrust violator in the distribution chain. Id. at 736-37. The proper plaintiff, the Court held, was the entity that had purchased directly from Illinois Brick—that is, the masonry contractors. Id.

The Pepper Court explained that Illinois Brick had no preclusive effect on Pepper’s right to sue Apple. Indeed, the case established merely that suits by direct purchasers were permissible while suits by indirect purchasers—that is, those who were two or more steps removed from the alleged antitrust violator in a distribution chain—were not permissible. By way of example, the Court explained: “[I]f manufacturer A sells to retailer B, and retailer B sells to consumer C, then C may not sue A. But B may sue A if A is an antitrust violator. And C may sue B if B is an antitrust violator. That is the straightforward rule of Illinois Brick.” 139 S. Ct. at 1521. 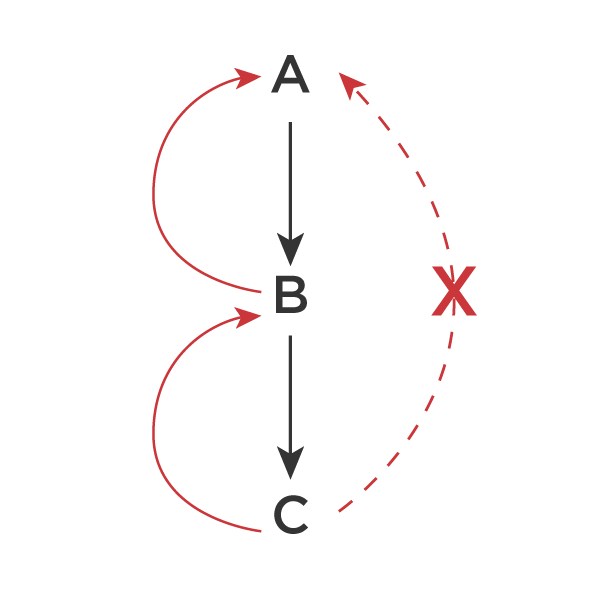 Nothing in this equation barred Pepper and fellow consumers from suing Apple, the Court reasoned, because “[t]here is no intermediary in the distribution chain between Apple and the consumer.” Id. The consumers’ ability to sue was evident in the fact that they purchased the apps directly from Apple, the alleged antitrust violator: 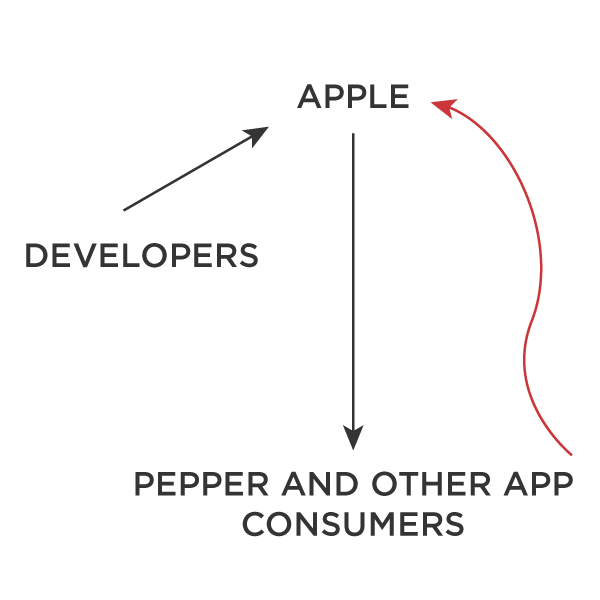 The flow of sales in Pepper thus offered no parallel to the distribution structure in Illinois Block such that the holding precluded suit by the app consumers. The Court therefore held that Illinois Brick does not “bar direct-purchaser suits against monopolistic retailers who employ commissions rather than markups.” Id. at 14.

The holding has significant consequences for Apple—which now must continue to defend against the suit on the merits, see Pepper v. Apple, Inc., No. 11-cv-06714-YGR (N.D. Cal.)—as well as similarly situated retailers who sell directly to consumers via commissions-based, online marketplaces. Indeed, the decision creates potential exposure and liability for not just tech companies but also for major retailers such as, for instance, eBay, Etsy, Amazon, Jet, Walmart, and Newegg. Such entities would thus be well-advised to stay abreast of the developments in the case and modify their practices as necessary.