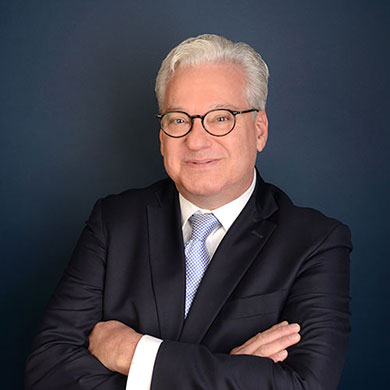 Bill Webster joined Robins Kaplan LLP right out of law school in 1988 and is a partner and a leader in the Insurance and Catastrophic Loss Litigation Group. Mr. Webster’s practice focuses on commercial property and energy and engineered risks, including coverage analysis and subrogation, dispute resolution, strategic advice, and trial and arbitration work arising from all types of perils and involving a multitude of risks under all risks, named perils, and builders’ risk policies. He has litigated in state and federal court throughout the United States as lead counsel on multi-million dollar, complex disputes. Recently a federal judge commented “you are what trial lawyers should be.”

Robins Kaplan’s clients recognize Mr. Webster’s vast experience in commercial property, builders risk,  energy and infrastructure industry claims involving hotels, office buildings, apartment and condominium complexes, manufacturing facilities, power generation facilities, wind and solar facilities, oil and gas refining, processing, and transport, including pipelines, supply chain interruption and time element issues, underground mines, and construction defects, including the London Engineering Group (“LEG”) exclusions. He has extensive experience with catastrophic events such as fires, storms, floods and other weather events, in production facilities, chemical plants, warehouses, office buildings, and restaurants. He is frequently called upon to provide analysis and litigation expertise of claims arising from the Covid-19 pandemic and the catastrophic California wildfires that have occurred in recent years.  His years in the insurance industry handling complex claims and leading quota share cases for U.S., Lloyd’s, and London Market Insurers is reflected in his strategic savvy, his focused and practical approach to case management, and his strong skills as the leader of trial teams.

He is a frequent presenter and writer on litigation and insurance issues and is one of the firm’s two members of the Loss Executives Association. Clients also look to him to draft policies and specific policy provisions.

Mr. Webster is dedicated to providing exceptional service and common sense advice to clients and to instilling the same professionalism, responsibility and enthusiasm in younger lawyers in all practice groups.  Mr. Webster is one of the original core faculty instructors of our Exceptional Advocate Training Program, a nationally recognized training curriculum designed to develop the next generation of world class trial attorneys by providing vigorous advocacy training conducted by our most experienced partners. He is also an instructor in the firm-wide legal writing program for new associates, and is a coach in our Business Development Program for Principals.

The first lawyer in his family and whose grandfathers were an immigrant farm worker and a coal miner, Mr. Webster is a tireless advocate and problem solver and has travelled to 47 states and several countries on behalf of his clients. He is married to his college girlfriend Gail, and they have been together for 30 years.