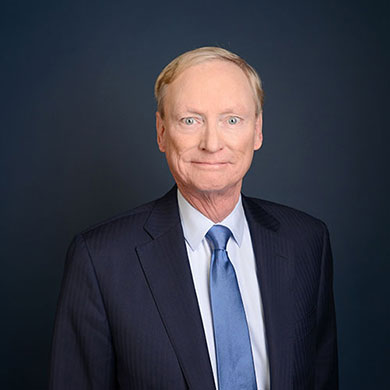 Mr. Wildfang has experience in antitrust litigation and counseling for over 30 years.  He has represented parties in many private civil antitrust actions in industries ranging from insurance to agricultural commodities and has counselled clients on a wide variety of antitrust and trade regulation issues from mergers and joint ventures to marketing and sales programs.

From 1993 to 1996, Mr. Wildfang served as Special Counsel to the Assistant Attorney General for Antitrust, United States Department of Justice in Washington, D.C.  In that position he was responsible for advising the Assistant Attorney General on the Justice Department's complex civil antitrust litigation, as well as managing certain high-profile cases.  Among other matters, Mr. Wildfang directed the Justice Department's efforts in the civil action against Nasdaq securities firms for price-fixing (United States v. Alex Brown & Sons, et al., S.D.N.Y. No. 96 Civ. 5313), the government's action challenging international anticompetitive intellectual property licenses (United States v. Pilkington PLC, et al., D.Ariz. No. 94-345), as well as being involved in the government's investigation of anticompetitive practices by Visa and Master Card in the credit card industry.

According to Chambers, Mr. Wildfang “leverages his tremendous experience to provide real strategic value-add to the lawyers running the litigation day to day,” and brings to his practice “the highest level of professionalism and legal skills.”