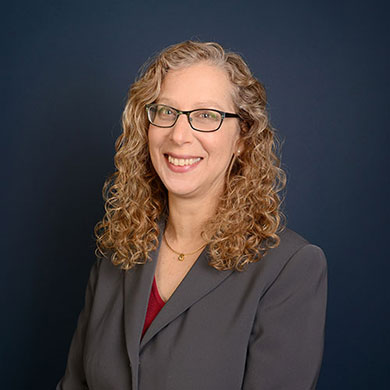 Dr. Ribbens’ experience with a variety of technologies and legal issues makes her a valuable asset to any team involved in complex litigation that involves intellectual property or other technical issues. Dr. Ribbens has a Ph.D. and BS in Materials Science & Engineering, both with an emphasis in polymer science. Her graduate research focused on the use of various techniques involving polymer photophysics to investigate the properties of block copolymers in blends and in solutions. Her work also involved polymer synthesis and a variety of polymer characterization techniques.

Prior to joining the firm, Dr. Ribbens spent several years working in R&D at 3M and Imation, developing materials to be used in color proofing and printing plates as well as in diagnostic imaging. She also spent several years at a consulting company as a chemical information specialist where she assisted numerous companies with the evaluation of their patent portfolios and technology assessment needs.

Dr. Ribbens has extensive experience with every aspect of a case, including initial case assessment through trial and appeal. Although her primary focus has been cases involving intellectual property litigation (both patents and trade secret issues), she has also assisted with contract disputes involving technology as well as class action and antitrust matters. She has worked on cases involving a variety of technologies, including composites, adhesives, pharmaceuticals, consumer products, mechanical equipment, medical devices, and hardware and software.

Dr. Ribbens is also an avid scuba diver and PADI certified Open Water Scuba Instructor and Master Scuba Diver Trainer. She regularly volunteers with the Reef Education Environmental Foundation and is part of their Advanced Assessment teams for both the Tropical Western Atlantic and Central Indo-Pacific regions.