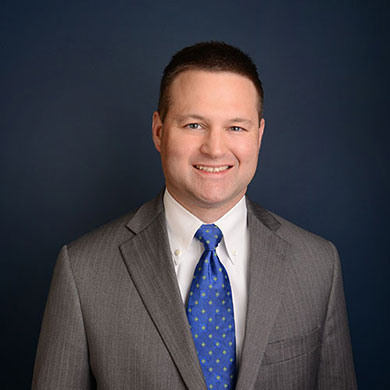 David is a skilled courtroom advocate and trusted business advisor for technology-focused companies facing high-stakes commercial and intellectual property disputes. As a partner in the National IP and Technology Litigation Group at Robins Kaplan, and leader of the firm’s trade secret litigation practice, David leverages his background as a scientist and computer consultant to provide pragmatic advice that aligns legal strategies with business goals, guiding his clients through litigation involving patents, trade secrets, copyrights, trademarks, and contracts addressing intellectual property assets. David’s clients appreciate his leadership, integrity, and proven ability to deliver business-minded solutions for their most sophisticated commercial and IP-related challenges.

As plaintiff’s counsel, David helps his clients capitalize on the value of their IP assets through vigorous enforcement, even against entire industries. He is trial and conflicts counsel for plaintiff TQ Delta in a series of related lawsuits alleging infringement of patents covering Digital Subscriber Line modem technology, for which TQ Delta has the largest patent portfolio in the industry. David’s record of success also includes a judgment of more than $12 million against Apple for infringing upon patents covering audio player technology, as well as multiple confidential settlements in the maritime navigation industry involving the assertion of client Honeywell navigation and display patents applicable for navigating aircraft.

As defense counsel, David has a track record of driving successful outcomes for his clients to protect their valuable interests and mitigate exposure. For example, David was lead trial counsel for two small-business clients in a jury trial on claims of copyright infringement, breach of contract, and tortious interference with prospective economic advantage; a plaintiff’s jury demand of $27.4 million, a jury delivered a complete defense verdict in favor of our clients.  David also defeated a jury demand for lost profits damages in favor of client Unifrax in a patent infringement dispute involving a two-supplier market. David also obtained a complete dismissal of all claims against a Fortune 500 medical device company in a dispute involving patent inventorship and unjust enrichment claims, and allegations of trade secret misappropriation.

David is licensed before the United States Patent and Trademark Office as a registered patent attorney and has appeared in federal district courts across the country, the International Trade Commission, the Patent Trial and Appeal Board, as well as in state and federal appellate courts. Outside of the courtroom, David’s clients have engaged him to find additional revenue for patent assets, whether by assertion or sale, and further considering and advising on SEP and FRAND strategies.

When not practicing law, David can likely be found on the sideline of a soccer, hockey, or softball game, or a dance competition, for one of his three children.