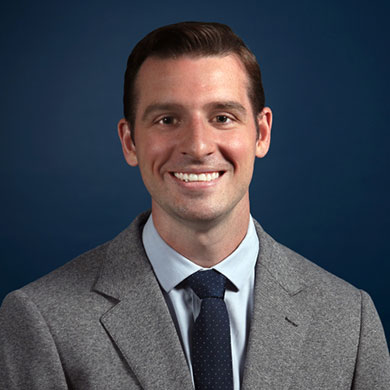 Kyle Nelson is an associate in the firm’s business litigation practice, with an emphasis on complex civil and healthcare litigation matters. His experience spans across all stages of litigation, including the drafting of successful dispositive, Daubert, and discovery motions, first-chairing depositions and mediations, and leading discovery and fact investigation efforts. He has represented clients in state and federal courts across the country, including the U.S. District Court for the District of Minnesota, the Northern District of Texas, and the Southern District of New York.

Outside of his regular practice, Kyle has devoted significant time to pro bono work. Most notably, he was part of the legal team that represented the next-of-kin of George P. Floyd in their civil rights lawsuit against the City of Minneapolis and four former police officers—which resulted in a $27.5 million settlement.

Kyle received his B.A. from The Ohio State University and his J.D. from the University of Minnesota Law School. While in law school, he served as a judicial extern to the Honorable Hildy Bowbeer (Ret.) of the U.S. District Court for the District of Minnesota and a law clerk at the Federal Trade Commission.