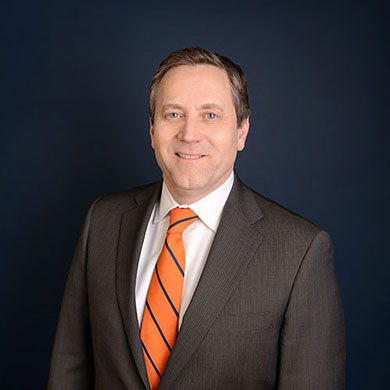 Tom Mahlum is co-chair of Robins Kaplan’s Health Care Litigation Group. This group represents many of the nation’s largest healthcare payors in complex litigation in venues across the country, including arbitrations, focusing primarily on affirmative recoveries – actions against providers and drug manufacturers alleged to have engaged in fraud, waste and abuse, along with other transgressions.

Over his 26 years in practice, Tom’s career has spanned a number of practice areas, including contract disputes, intellectual property, antitrust, unfair competition and international arbitration.

Tom has courtroom experience in all phases of litigation for both plaintiff and defendants. He is also an extremely effective and persuasive negotiator, skilled at obtaining creative agreements that end disputes and meet client business and litigation goals. Clients hire Tom for the level-headed calm he brings to even the most intense disputes and his ability to anticipate, avoid, and address litigation and business obstacles. Then, whether in the courtroom or at the negotiation table, they come to prize the analytic curiosity that reshapes dispute narratives and drives case results.

In recognition of Tom’s leadership skills, he has been appointed and served on the firm’s Executive Board, and assisted in setting the strategic direction of the firm. In addition, Tom has served as the Chair of the Board of a local environmental group with a national reputation for the protection of wilderness areas.