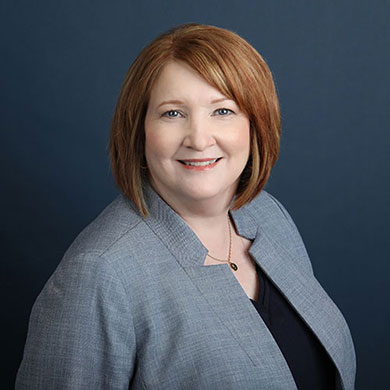 Teresa Fariss McClain has devoted her career to advocating for individuals, first as a registered nurse in the areas of labor and delivery and high-risk obstetrics, later as a critical care nurse and now as an attorney, obtaining justice for those who have been harmed by medical errors or medical negligence.

As a result of her commitment to excellence in the practice of law, Teresa has been admitted to the following invitation-only organizations:  American Board of Trial Advocates (ABOTA); the International Society of Barristers; the American Bar Foundation, Life Fellow; and the Warren E. Burger Inn of Court, Master.

In addition, she has received awards and recognition for her contributions to the legal profession, including being named a 2021 Minnesota ICON by Finance & Commerce and Minnesota Lawyer, named to the inaugural POWER 30 List by Minnesota Lawyer in 2021, recognizing 30 of the most influential personal injury lawyers in Minnesota, and named one of Minnesota Lawyer’s 2014 “Attorney of the Year” recipients. Annually, since 2014, Teresa has been named a Minnesota “Super Lawyer” in the area of Plaintiff’s Medical Malpractice, and from 2011-2014 was named a “Rising Star,” by Super Lawyers. She has twice been honored by Minnesota Women Lawyers for her service to the organization. After graduating from law school, Teresa clerked for a year with the Honorable Donald P. Lay of the United States Court of Appeals for the Eighth Circuit. Teresa is also a former adjunct professor at William Mitchell College of Law, where she taught Legal Writing and Representation. She and her husband live in Shoreview, and are parents to twin boys and two adult children.