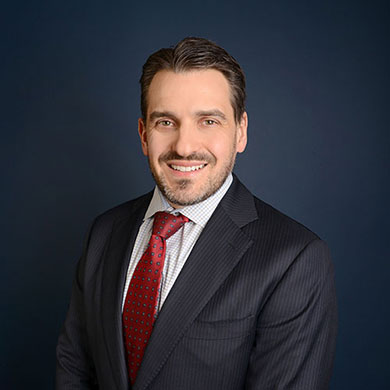 Ryan Marth advises U.S. and international clients on all aspects of their businesses, including contractual relations, distribution, pricing, privacy, protection of intellectual property, and compliance with U.S. and foreign antitrust and competition laws. Chambers praises Ryan as an “excellent” lawyer and “a hard worker.”

After serving as a law clerk to Hon. Helen M. Meyer of the Minnesota Supreme Court, Ryan began his career at Robins Kaplan, working under the nation’s premier trial lawyers in the most complex antitrust and commercial cases. Now Ryan continues to use his experience in complex litigation to help clients anticipate business challenges, spot problems before they arise, and avoid conflict and litigation down the road.

When conflicts do arise, Ryan has proved his ability to help clients to obtain favorable business results. For example, Ryan was among the lead lawyers for a class of merchants that obtained a $7.25 billion settlement in an antitrust class action against Visa, MasterCard, and their member banks – the largest such settlement in the history of the antitrust laws. He has also obtained favorable results for smaller businesses, including securing the third-largest ever settlement with the City of St. Paul on behalf of a business owner whose services contract the city breached.

Ryan’s practice includes advising businesses that are victims of cartel or dominant-firm behavior on their remedies under U.S. and foreign competition laws, representing these businesses before state and federal courts and regulatory bodies, and collaborating with non-U.S. counsel when appropriate to help them obtain relief abroad. He also defends businesses against investigations and litigation involving accusations of anticompetitive conduct when they arise.

Before attending law school, Ryan lived in Norway for two years, including one year as a Fulbright Scholar at the University of Oslo, studying Norway’s relationship to the European Union. Since returning home to Minneapolis, Ryan has become active in the local Norwegian-American community, and he regularly uses his knowledge of Scandinavian language and culture to identify and address the challenges that Nordic businesses may encounter when operating in or expanding to the United States.