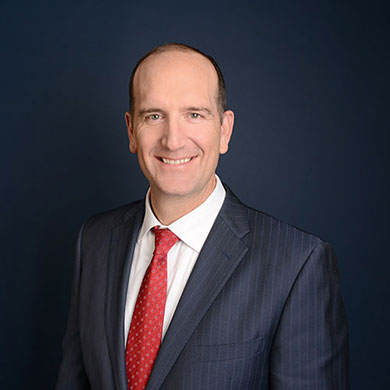 Mr. Morton is a Partner and Chair of the Patent Office Trials Group at Robins Kaplan. A trial attorney whose complex litigation practice has included an emphasis on patent litigation since 1998, he counsels clients on all aspects of IP-related litigation.

Mr. Morton commonly works on both sides of the “v.” His representation of everyone from small companies and solo inventors to large corporate clients includes:

Mr. Morton’s PTAB practice has led him to become the first, and still only, attorney in the country to handle all four types of post-grant proceedings under the America Invents Act. He has also been lead counsel in well over 100 IPRs. His past experience as a patent attorney, combined with handling numerous patent litigation disputes with co-pending reexaminations, makes him ideally suited to lead this practice area.

Prior to becoming a lawyer, Mr. Morton saw the patent system from the inventor’s side. While working at 3M Company, he co-authored three Records of Invention and was a named inventor on U.S. Patent No. 5,858,624, titled Method for assembling planarization and indium-tin-oxide layer on a liquid crystal display color filter with a transfer process.

Finally, Mr. Morton has significant pro bono experience. His work includes a two-week trial representing a guardian ad litem and successfully terminating parental rights so three children could be adopted into a new and safe home, and a Federal Court bench trial representing a mother accused of international child abduction in a Hague proceeding, and successfully defeating a petition to return her two minor children to their father in Peru because the children would face a grave risk of harm. Mr. Morton currently focuses his pro bono time mentoring junior lawyers representing women in need of Orders for Protection (OFPs), in connection with the Safety Project at Tubman.org.

BLOG | Centuries of Precedent are Little Help as IPR Constitutionality Divides Justices
PTAB Issues Key Decision Over Revolutionary CRISPR Technology, but this Tale is Not Over Yet
Globe Business Media Group
Who Bears the Burden?
Intellectual Property Magazine
VIEW ALL