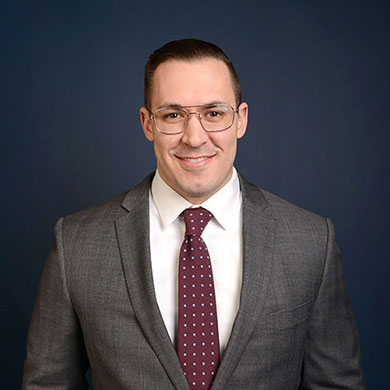 Austin Miller is an attorney in the firm’s Intellectual Property and Technology Litigation Group, where he draws upon his training as a molecular and cellular biologist to develop a firm understanding of his clients’ needs in complex, technical cases. Rooted in his belief that every client deserves to have their day in court, he strives to provide effective, efficient, and reliable solutions to a wide range of intellectual property disputes.

Austin graduated from the University of Minnesota Law School with a concentration in Civil Litigation. While in law school, he represented low-income clients in the Insurance Law Clinic, advocating for those who had been denied coverage by their insurer. As an undergraduate, Austin studied the mechanisms of lysosome biogenesis and the role genetic mutations in membrane trafficking play in the development of the disorder Mucolipidosis type IV.