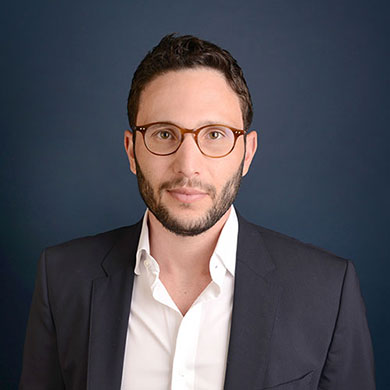 Eric Lindenfeld is a member of the firm’s Mass Tort Practice Group who focuses his practice on representing individuals who have been harmed by defective pharmaceutical and medical device products. Eric has played an integral role in multidistrict litigation around the country, including in In Re: Abilify, which settled favorably in 2019 for a confidential sum. Eric is also a part of the litigation team in In Re: National Prescription Opiate Litigation, a consolidated suit in the Northern District of Ohio involving the national opioid crisis.

Eric earned his law degree, with honors, from the University of Minnesota. He has authored several scholarly articles in prominent law journals, including in the Yale Journal of Law and Technology and the Food and Drug Law Journal. His publications have been widely cited by law professors and practitioners, including in the Law, Medicine & Medical Technology and the Food and Drug Administration casebooks.

In his free time, Eric enjoys hiking, watching mind-bending documentaries, spending time with his niece and nephew, and of course, watching the Knicks win basketball games, which is rare.