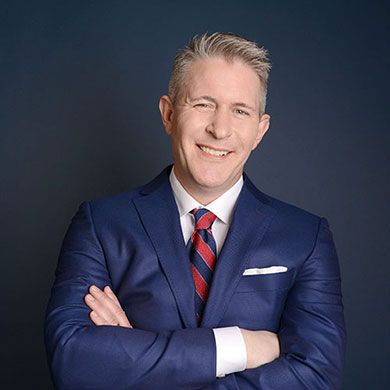 Former United States Attorney for the District of South Dakota Brendan Johnson excels at finding creative solutions to seemingly intractable problems. An aggressive advocate, Mr. Johnson has spent his career trying cases, deposing hostile witnesses, and cross-examining experts. His courtroom advocacy led Shared Hope International, an organization dedicated to abolishing human trafficking, to describe Mr. Johnson as a “force of determination, initiative and skill…”  Together, his unique background and skill set power his ability to guide clients to solutions that serve not only their legal interest, but also to safeguard their reputation in high stakes litigation.

Mr. Johnson’s experience comes from his time at the Department of Justice as well as his political and public advocacy work. While serving as the United States Attorney for the District of South Dakota, Mr. Johnson was selected by the Attorney General of the United States to chair the Department of Justice’s Native American Issues Subcommittee and to serve on the Attorney General’s Advisory Committee. He was also a member of the Justice Department’s Terrorism/National Security and Cybercrime Subcommittees. In addition, he was named one of the nation’s top 40 political rising stars under the age of 40 by The Washington Post, and Campaigns and Election listed him as one of the 500 most influential people in politics. Mr. Johnson was recognized by Chambers USA in Nationwide Band 1 for Native American Law and Indian Country Today named him to their “Hot List” of attorneys. In ranking him in tier one nationally, Chambers USA quoted a recent client saying, "Brendan has excellent judgment. He is one of the most gifted trial attorneys I have seen work." The National Law Journal also selected Mr. Johnson as a 2021 National Litigation Trailblazer.

Mr. Johnson has also received numerous awards for his advocacy. These include the University of South Dakota’s Women in Law Attorney of the Year Award, the South Dakota Violence Against Women Prosecutor of the Year Award and, following his successful argument in the case of United States v. Jungers in the Eighth Circuit Court of Appeals, Shared Hope’s Pathbreaker Award. When summarizing the impact of Mr. Johnson’s career with the Justice Department, former Attorney General Holder stated that, “As a lawyer and as a leader, Brendan has set a standard of excellence that will not soon be surpassed. Particularly with regard to public safety challenges on tribal lands, he has served as a key advisor to senior Justice Department officials-including me.”

Mr. Johnson serves as a member of the firm’s Executive Board and Co-Chair of both the Government and Internal Investigation Group and American Indian Law and Policy Group.