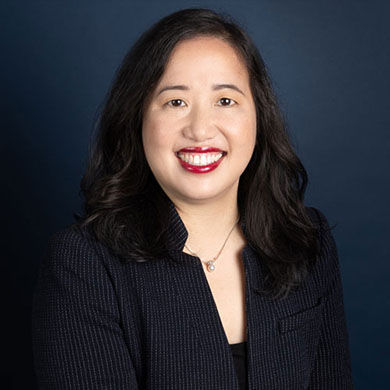 Annie Huang is a trial attorney with a core belief that the law is a tool to drive business and a passion for protecting intellectual property rights (patents, trademarks, copyrights and trade secrets) through litigation, counseling and licensing. She works with her clients to develop creative and effective solutions for complex legal problems to help them achieve their business objectives.

Through representation of both plaintiffs and defendants in intellectual property and business disputes, Ms. Huang has helped resolve high-stakes disputes facing holders of a variety of intellectual property rights as well as accused infringers. Her experience encompasses matters involving a wide range of industries and markets including consumer electronics, medical devices, variable data printing, window frame technology, and pharmaceuticals. She has served as trial counsel and been a member of several trial teams in district courts and the International Trade Commission (ITC) that resulted in favorable outcomes for her clients, including successful resolutions before trial. She also has experience managing large case teams at every stage of litigation, from pre-suit, case-initiation, and discovery to dispositive motion practice, mediation, and trial.

Ms. Huang has devoted substantial time to pro bono representation and has served as trial counsel for individuals seeking political asylum before the Immigration Court. She also represented one of the survivors of the I-35W bridge collapse. She has served as a volunteer attorney for the Volunteer Lawyers for Arts and the New York Legal Assistance Group (NYLAG).