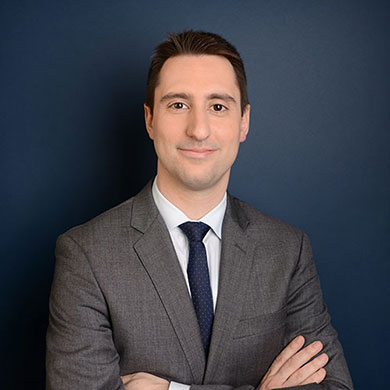 Peter is a commercial litigator and transactional attorney. Over the course of his career, he has represented clients of all sizes, including large corporations, small businesses, individual homeowners, and medical professionals. Peter has extensive experience with all stages of litigation, including representing clients at trial. He has litigated software trade secrets, partnership break-ups, complex contract disputes, professional malpractice, and premises liability claims.

Peter also has experience on the transaction side, negotiating, managing and closing mergers/acquisitions, overseeing commercial real estate transactions, and corporate governance and formation to put his clients on the path to success.

Prior to law school, Peter worked for KPMG LLP in Boston, where he worked on the audits of mutual funds, private equity clients, and pension funds. As an undergraduate, Peter was the Editor in Chief of the Massachusetts Daily Collegian.