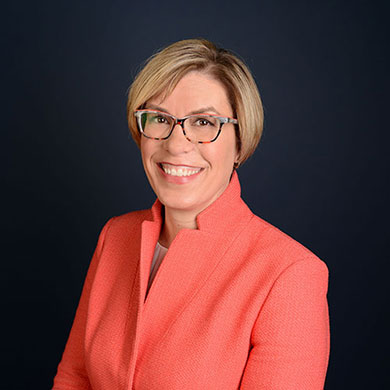 In August 2017, Liz, along with Chris Messerly, obtained the largest wrongful death case in state history and what is believed to be the third largest verdict in the United States for a wrongful death case for these types of damages. The verdict was listed among the Top 100 Verdicts of 2017 by The National Law Journal. In addition, Liz and Chris were among Minnesota Lawyer’s 2017 Attorneys of the Year.

Before attending law school, Ms. Fors was an Emmy-nominated producer for live sporting events and live pre-game shows. During her ten years in the sports industry, she was involved in televising Twins, Timberwolves, Lynx, Brewers, and Bucks games as well as football, hockey, and basketball games at the University of Wisconsin and University of Minnesota.

Ms. Fors enjoys exploring the outdoors with her golden retriever, spending time with her family, and being the cool aunt to her niece and three nephews. She is also the two-time champion of her fantasy baseball league, a longtime knitter, and a lifelong reader of mystery novels.

Diversity in the Workplace: Gender Diversity at Play
Trial, the National Magazine of the American Association for Justice
A Woman’s Place: At Counsel Table
Minnesota Trial