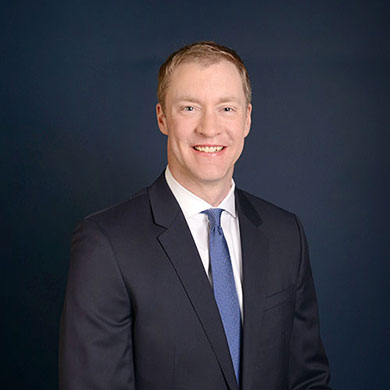 Aaron studied chemical engineering and has a proficiency in learning intricate technology in a range of areas including circuit architecture, 3D graphics rendering, and semiconductor fabrication. He has participated in preparing damage models exceeding a billion dollars and has recovered hundreds of millions of dollars in patent litigation at a ten-to-one return on investment. He also represents patent infringement defendants and applies the same principles to eliminate or minimize damage claims.

In any complex litigation, Aaron employs a methodology of establishing a case paradigm designed to build momentum, create leverage, and add value to maximize his clients’ return on investment while minimizing uncertainty and surprises. He enjoys the challenge of breaking complexity into its parts and rebuilding an efficient and persuasive case for settlement, summary judgment, and trial.

Aaron represents both plaintiffs and defendants in all aspects of patent litigation and trial. He has argued claim construction and dispositive motions and has participated as trial counsel. He communicates complex information persuasively through unique approaches to visual presentations. In every situation Aaron works to achieve his clients' goals as efficiently as possible.