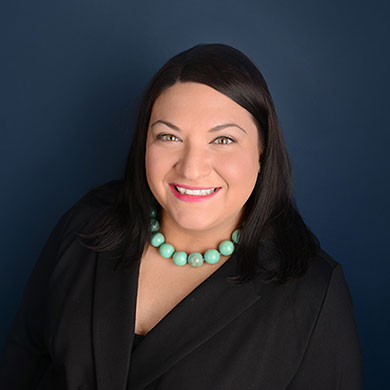 Recognized as a Massachusetts Super Lawyer, Up and Coming Lawyer, or Rising Star every year from 2011 through 2016, Melissa has extensive experience representing insurance companies across the U.S. in high-stakes property coverage investigations, appraisals, and litigation involving collapse, design defect, earth movement, environmental exposure, and catastrophe claims such as hurricanes, tornadoes, floods, earthquakes, and fires.  These disputes, which arise in a broad array of industries and professions, regularly involve analyzing ordinance and law, and business interruption claims.  Melissa also handles computer fraud, hacking, and other cyber-crime property insurance claims, as well as policyholder misrepresentation and fraud claims.

Melissa’s practice includes representing insurers in the resolution and litigation of a broad range of liability coverage and claims handling disputes under primary and excess commercial, and other specialty line policies, evaluating their duty to defend and indemnify their insureds.  Melissa is well versed in resolving claims involving personal and advertising injury, defective construction, additional and other insureds, priority of coverage, and allocation disputes.

Melissa’s extensive experience in resolving policy interpretation disputes in both the property and liability arenas enables her to assist insurers in drafting customized policy forms and endorsements.  A former teacher, Melissa enjoys advising and training a wide variety of clients regarding compliance with insurance regulations, state and federal statues, and common law, recommending, as necessary, changes in policy provisions and business protocols and procedures.

Since 2011, Melissa has been Vice Chair of the American Bar Association’s Property Insurance Law Committee (PILC).  In this leadership role, Melissa has spearheaded major advances in PILC membership and diversity, and has been instrumental in the planning and management of the PILC annual meeting.  She is a frequent speaker on various property and liability insurance matters, both at PILC events and on behalf of the Property and Liability Resource Bureau (PLRB). She was also recently admitted to the Federation of Defense & Corporate Counsel (FDCC) and currently serves as Vice Chair of the Property Insurance Law Section.

Melissa is not only a frequent presenter and writer on litigation and insurance issues, but is deeply committed to the advancement of women in the insurance industry and diversity in the legal profession. She co-founded the firm’s Insurance Insight quarterly newsletter, which highlights and features women’s voices in the insurance industry.  She also is a leader in the firm’s Diversity Committee, and has been an active member of the Massachusetts Women’s Bar Association (WBA) for over a decade.  In fact, she was honored by the WBA for her service as Chair of the Law Student Committee, and selected by the WBA to participate in its Women’s Leadership Initiative in 2011, an honor given only to those handful of women who are identified by the bar association as talented and promising women attorney leaders in the state.  Melissa led the Boston office’s Diversity Summer Internship Program for over 5 years, has served on the office’s hiring and recruiting committee for over 5 years, and is a former fellow, and active member of the national Leadership Council on Legal Diversity (LCLD) program, whose mission is to foster diversity within the legal profession and partner institutions with law firms which share that goal. Most recently, Melissa was named to the "2019 Women Worth Watching" list by Profiles in Diversity Journal.

The first college graduate and lawyer in her family, Melissa truly understands the importance of education, hard work, and perseverance.  Born and raised in Boston, Melissa remains committed to her community.  In the last decade that commitment has taken her to inner-city classrooms, where she taught high school students about advocacy, to a Louisiana neighborhood decimated by Hurricane Katrina, where she built houses with Habitat for Humanity, and to Immigration Court, where she devoted over 500 hours to securing asylum for an unaccompanied minor from Guatemala.

Earlier in her career, Melissa was honored to serve as a legislative intern to Massachusetts’ first woman majority leader, and as a judicial intern to the nation’s first African-American Chief United States Magistrate Judge.  She was also an associate in the Global Risk Management sector of the Financial Aid Assurance Practice of PricewaterhouseCoopers.  All that being said, Melissa believes some of her best training as a lawyer came from growing up in a large, Italian family, where she frequently negotiated and advocated over the dinner table.  She enjoys continuing to hone these skills with her husband and three young children.