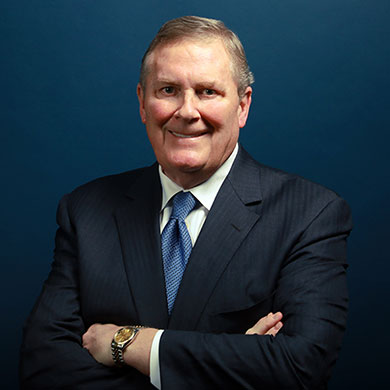 Winning matters to Bob Bennett. That is why he is a perennial “Super Lawyer” and was selected by Minnesota Lawyer as one of their “Attorneys of the Year” for 2007, 2008, 2013, 2014, 2016 and 2017. He has won multi-million dollar verdicts and settlements with regularity and over a span of four decades.

In May of 2019, Bob and his team negotiated the $20 million "transformational" settlement in the Section 1983 wrongful death case involving the murder of Justine Ruszczyk by Minneapolis Police officer Mohamed Noor.

Bob is an active, successful trial lawyer who handles all types of civil matters, including cases involving civil rights law and police misconduct, auto and truck accident cases, product liability cases, and commercial disputes of all types, more often on behalf of the plaintiff. He is always looking for new challenges and would like to talk to you about yours.

The Chauvin Case:
A Lifting of the Veil or Only a Peek Behind the Curtain?
The Robins Kaplan Justice Report