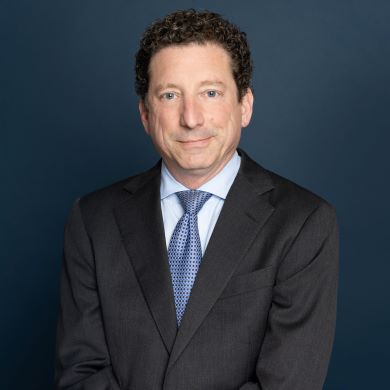 Gabe Berg is a partner in Robins Kaplan’s New York office. A true trial lawyer, Gabe has tried numerous complex commercial jury trials, bench trials and arbitrations, as plaintiffs and defendants across a broad range of business sectors. From the moment he meets a client to his final words in closing argument, Gabe weighs every strategic decision by considering its impact on the trial. Even in matters that settle quickly, this trial-focused approach increases the value of Gabe’s cases.

While Gabe has won numerous cases through motion practice and interlocutory appeal, he has had the unique opportunity to gain trial experience from his first year of practice twenty-four years ago to today.  Gabe firmly believes that trials are most often won by the combination of pretrial preparation, effective cross-examination, and the ability to strategize nimbly during trial. Over the course of his career, Gabe has tried cases involving high-stakes claims for breach of contract, breach of fiduciary duty, fraud, misappropriation of trade secrets, patent infringement and others.

Gabe is proud of the results he has achieved for his clients – and the measure of justice exacted in many cases. During a recent bench trial in New York, Gabe cross-examined a defendant who ultimately was found in criminal contempt of court and sentenced to 30 days in prison after the Court found that the witness had “committed perjury” during trial. In addition to this defendant’s serving time at Rikers Island as a result of the criminal contempt finding in that action, Gabe obtained a $4.3 million judgment on behalf of his client. In another recent matter, Gabe helped to expose unethical conduct by Defendants that resulted in an investigation by the Maryland Attorney Grievance Committee and, ultimately, the suspension and disbarment of two Maryland lawyer-Defendants. That action also resulted in a $17 million judgment in favor of his client, which recently was affirmed on appeal.

Gabe is a graduate of Washington College of Law at American University and holds a bachelor’s degree from George Washington University. He is licensed to practice in New York, Maryland, the U.S. District Court for the Southern and Eastern Districts of New York, as well as the Court of Appeals for the Federal Circuit. Gabe maintains a national practice and is admitted as a visiting attorney in numerous other states.

Gabe has represented the Southern Poverty Law Center, whose mission is to combat racial intolerance and discrimination. He also ensured voters’ rights as a poll watcher during the 2004 Presidential Election and worked in the Senate Counsel’s office for the Senate Committee on Banking, Housing and Urban Affairs as a young law student.